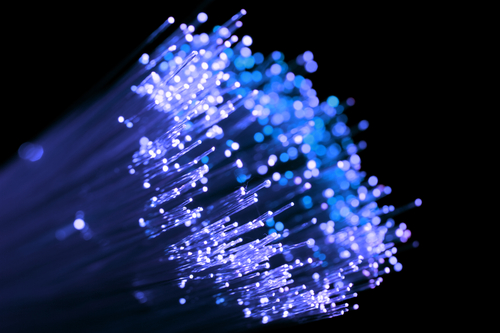 Finisar Corporation (FNSR) gained seven percent in after-hours trading. That level surpassed the gain recorded at the end of the of trading day of six percent. FNSR Q2 reports beat analyst expectations and boosted FNSR's stock price. Finisar is a company that provides fiber optic solutions for the fiber channel, gigabit ethernet, and CATV markets. FNSR stock is up 135% on the year, with its current share price at US $33.41.

“I am pleased to announce that Finisar achieved all-time quarterly records for revenues and profits in our second quarter,” said Jerry Rawls, Finisar’s Chief Executive Officer, in a press release.

Rawls went on to say that revenues saw an increase of US $28.5 million, or 8.4% over the first quarter. This growth was driven by a strong demand for 100G transceivers. Customer demand for wavelength selective switches and ROADM line card products was also strong. Gross margins for FNSR improved significantly due to a favorable product mix and leverage achieved from vertical integration with larger volumes. The combination of revenues being higher along with higher gross margins resulted in earnings per fully diluted share above the guidance range.

We will continue to monitor the progress of FNSR.

Looking Ahead by Looking Back: Profiting From the US Interest Rate Decision
In this free forex webinar, join professional trader and FX market analyst Josh Martinez as he explains how you can look at previous market movements spurred by US interest rate decisions and how you may profit from the next decision using his methods.
Register for free here

Oil prices climbed to their highest levels in a year and a half on Monday after OPEC and non-OPEC producers agreed to cut oil output in order to ease a global supply glut. The agreement between OPEC and a number of other oil producing nations was the first joint action since 2001, following more than two years of low prices that strained many government's budgets and spurred unrest in countries from the Middle East to Latin America.

Brent futures for February delivery rose more than 4 percent to US $56.59 per barrel, with U.S. crude gaining a similar amount to US $53.78 per barrel at the end of the trading day in Asia.

Bitcoins, the web-based digital currency, recorded its highest levels in almost three years on Friday. The Bitcoin was able to extend gains when India sparked a cash shortage by removing high-denomination banknotes from circulation a month ago.

Bitcoin has traded as high as US $774 on the New York-based itBit exchange, up almost 1 percent on the day and the highest since February 2014. The currency has climbed almost 9 percent in the past month.

Bitcoin is a cash alternative that can be used for moving money across the globe quickly and anonymously without the need for a central authority to process transactions. It has gained around 80 percent so far this year.