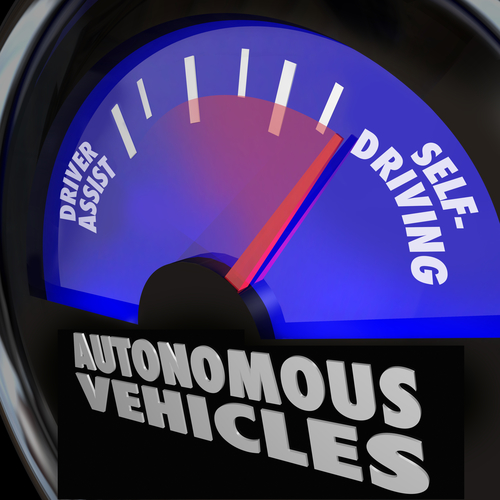 Although no deal has been formally announced, the move signals a desire to monetize the company's research. There is fierce competition from a score of rivals, as all are vying to be the first to launch production-ready self-driving cars. Google's program, now in its seventh year, has been a leader in this revolution of self-driving technology, and is now being challenged by companies like Uber Technologies Inc (UBER), Apple Inc (AAPL) and traditional car companies in this rapidly growing industry.

"It's an indication of the maturity of our technology," said John Krafcik, Waymo's chief executive, at a press conference in San Francisco. He added (that), "We can imagine our self-driving tech being used in all sorts of areas." The move shows "confidence that we are close to bringing this (technology) to a lot of people," says Krafcik, adding that "We've sort of reached an inflection point." Krafcik reiterated throughout his statements that Waymo has no interest in producing self-driving cars. Waymo's interests lie in developing the technology to drive them. Possible applications would be in ride-sharing, transportation, trucking, logistics, and personal use vehicles.

GOOGL has already made strategic moves to bring the innovating firms of this technology under their umbrella. Making an investment in GOOGL is one of the possibilities available to invest in self- driving technology, along with investment strategies involving GOOGL's competitors AAPL and UBER. Other investment opportunities may be found with Fiat Chrysler (FCHA), Google's first partner. FCHA teamed up with the tech company in May to coordinate their industries to integrate Google's self-driving system into 100 of the carmaker's minivans.

Great for All Traders: Watch a Pro Trade the Open
Professional Forex trader Josh Martinez will be putting on a live, free webinar that shows in real-time how he trades the open of the Forex markets while explaining the strategies and analysis he uses to find trading opportunities. Don't miss this LIVE event!
Register for free here

Stock and bond markets may be headed for a fall. A federal monitor of U.S. financial stability issued a statement on Tuesday warning that a market crash could inflict serious damage on banks, life insurers and other important parts of the economy. The Office of Financial Research found stock valuations, that have been measured by comparing prices to earnings, have recorded the same high level that they hit before "the three largest equity market declines in the last century."

The office also reported that commercial real estate prices have climbed while capitalization rates, which measure properties' returns, are close to record lows. A price shock in any one of these markets could upset financial stability by triggering losses in funds and banks that have high leverage or rely on short-term funding, the office reported this in its annual report on the leading risks to the financial system.

Oil prices dropped on Wednesday behind a reported rise in U.S. crude inventories along with an estimate that OPEC may have produced more crude in November than previously thought, potentially undermining the planned output cut.

U.S. West Texas Intermediate (WTI) crude oil futures were down 59 cents, or -1.11 percent, to US $52.39 a barrel at the time of my writing. International Brent crude futures were down 56 cents, or -1.01 percent, at US $55.16 per barrel. Traders said the price falls can be attributed to a report of a surprise increases in U.S. crude inventories. Markets are also focused on an anticipated U.S. interest rate hike that would most likely push up the dollar's value, making dollar-traded fuel imports more expensive for countries using other currencies at home.