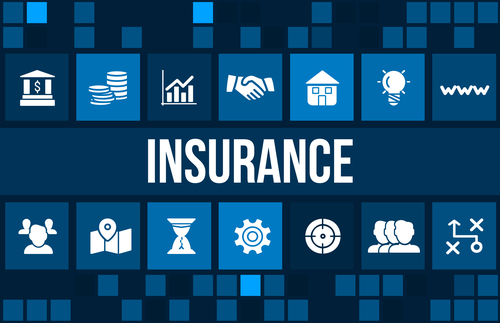 Fairfax will pay US $54 per share, which is 18 percent higher than Allied World’s closing price on Friday. For every share, Allied investors will receive about US $10 in cash, half from Fairfax and the rest from a pre-closing dividend by Allied, as well as US $44 of Fairfax’s stock, according to a statement from the companies. Toronto-based Fairfax has the option to increase the cash portion by up to US $30 per share.

The deal that the Switzerland-based Allied reached will make it a wholly owned subsidiary, while keeping its executive and senior management teams. “Allied World will operate within the Fairfax group on a decentralized basis after closing, and we are looking forward to supporting Scott and the entire team at Allied World in growing their business over the long-term,”  said Watsa in the statement, referring to Allied CEO Scott Carmilani.

Fairfax is one among other major North American insurers that have been expanding in the specialty market through takeovers to diversify.

Watsa, who is often likened to value investor Warren Buffett, is known for acquisitions. His firm agreed in October to buy commercial and consumer units from American International Group Inc. in nations that included Argentina and Turkey. Last year he bought Brit Plc, which guards against losses in industries such as energy and aerospace.

His other insurance deals include the 2010 purchase of Zenith National Insurance Corp. for about US$1.3 billion. This purchase assisted the global insurer to expand in California. He also entered into coverage for pet owners.

The union with Fairfax would give Allied shareholders approximately a 27 percent stake in the combined company, or about 10 percent if Fairfax exercises the option to use more cash instead of stock, according to a presentation for investors. The companies expect to close the deal in the first half of 2017, subject to approvals from the respective authorities. The presentation shows that the combined firm will oversee a US $39 billion asset portfolio,.

“Our shareholders will benefit from Fairfax’s tremendous investment capabilities,” said Carmilani in the statement. “Fairfax provides a great home for Allied World to continue to build a strong business for our customers, business partners and employees.”

Practical Trading Steps for Year-End Returns
In this free event, learn directly from a professional Forex trader how to position yourself for potential year-end returns, including the key indicator that provides insight into the strength & momentum of trends happening.
Register for free here

MSCI's broadest index of Asia-Pacific shares .MIAPJ0000PUS dipped 0.36 percent to a four-week low of 426.11. The Index has lost 3.7 percent since Trump was elected.

Hong Kong shares .HSI hit a four-month low as the Hong Kong dollar traded in line with the U.S. dollar to which it is pegged, and after insurance shares were hit by a Chinese regulator's warnings. The index recorded a level of 21,832.68 down 188.07 or -0.85%.

Japan's Nikkei .N225, which has benefited from the yen's sharp fall against the dollar, snapped its nine-day winning streak, dipping -0.05 percent from Friday's one-year high recording a level of 19,391.60 down -9.55 points.

Oil prices gained value on Monday in anticipation of a tighter crude supply going into 2017 behind the decision by OPEC and other producers to cut output to prop up prices. Brent crude futures, considered to be the international benchmark for oil prices, were trading at US $55.42 per barrel at the time of this writing , up 21 cents, or +0.38 percent, from their last close.

U.S. West Texas Intermediate (WTI) crude oil futures were up 31 cents, or +0.6 percent, at $52.21 a barrel. Traders attribute the higher prices in front-month crude futures were due to expectations of a tighter market.

The Organization of the Petroleum Exporting Countries (OPEC) and other producers led by Russia have announced substantial cutbacks of almost 1.8 million barrels per day (bpd) in oil production starting January 2017 in an effort to raise prices to reduce rampant global overproduction which has seen output outstrip consumption for more than two years.

"With investors now expecting a relatively high level of compliance with the production cut agreements, prices should be well supported," says the ANZ bank.

The Chinese yuan remained basically unchanged, firming slightly from Friday's 8 1/2-year low of CNY 6.9616 vs 1 US dollar(USD). "Their (USA & China) relations seem to be getting worse. As we move towards Trump's inauguration next month, we could see more volatility in the yuan," says Kenta Tadaide, a senior economist at Mizuho Research. He added, "If the yuan hits 7 per dollar, that would attract a lot of attention."