Market Setup of the Day: Old Rivals - Pairing the Chinese Yuan vs. the Hong Kong Dollar 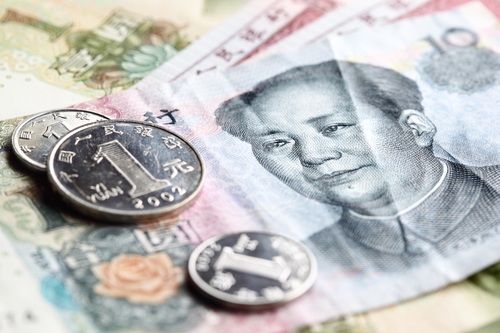 This ancient rivalry may once again uncover an opportunity for the Chinese Yuan (CNY) to leverage an advantage over the Hong Kong dollar (HKD). The CNY has been showing a lot of weakness against the HKD, and it is under intense pressure from capital outflows. The outflows are one of the results from concerns that the CNY is going to weaken further as U.S. interest rates rise, and because of ongoing concerns about the health of the Chinese economy.

U.S. President-elect Donald Trump’s threats to declare China a currency manipulator and to impose punitive tariffs on Chinese imports into the U.S., along with the tensions over Taiwan and the South China Sea, have added to the lack of confidence in the CNY.

“Expectations of capital flight are clear," said Zhang Yuting, who used her yuan savings to buy US $10,000 this year. She added (that)  "I might exchange more yuan early next year, as long as I've got money." Household foreign currency deposits in China are not large when compared to the money that companies, banks and wealthy individuals have been directing into foreign currency accounts and other assets offshore. The financial data shows households had US $118.72 billion of foreign money in their bank accounts at the end of November, while the total foreign currency deposits were US $702.56 billion.

Do you know the most crucial candlesticks?
There are important candlesticks that can signal a potentially major shift in the markets, identify potential trading opportunities and much more. This is 100% free to download today!
Click here for your free copy

Moves are being made to defend the CNY by the Chinese authorities which may have an effect of reversing the trend that has become apparent, the CNY losing value.

Since October, the government has enacted regulations to slow outflows of the CNY by tightening existing measures, such as approvals for foreign currency transfers. The authorities have also leaned on banks to be stricter, making it harder for companies and individuals to change money and transfer money abroad. More measures may be on the way as well. On Wednesday, a group of central bank advisers alerted those concerned regarding their readiness to defend the yuan, hoping depreciation pressures would ease as the economy stabilized.

This has all started to have an impact at the local bank branch level. Individuals are currently permitted by law to convert the equivalent of US $50,000 a year into foreign currency, but according to some bankers the steps are being taken to try and slow the flow in the current environment.

Two Chinese banking executives said some banks were threatening to put people who changed the daily maximum of US $10,000 on consecutive days on a blacklist. A person who is blacklisted may be banned from changing money for a period of time reported by Reuters. These new regulations have the potential to help the CNY regain ground against the HKD.