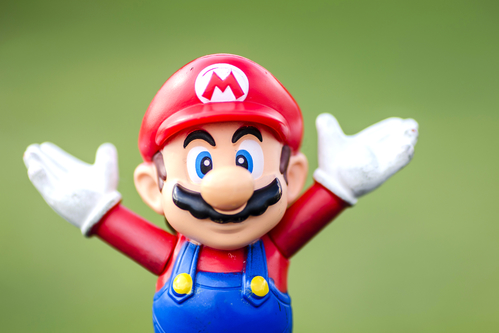 Nintendo's Super Mario Run game has arrived. It has come in the form of a digital download you can install on your smartphone. The question is, did it come with a bang, a bust, or with an ulterior motive?

Nintendo shares have lost 13 percent since the launch, behind negative reviews from users mainly complaining about its US $9.99 one-time cost to open the game content, rather than the usual model of paying small amounts for special features. "Mario is arguably the most popular gaming franchise in the world, yet we see only about 8 percent of those who try the game actually purchasing it," says Sensor Tower analyst Spencer Gabriel.

It seems Nintendo decided to enter the smartphone gaming market after resisting initial pressure from shareholders concerned about that segment's threat to its core console gaming business. The primary reason for the procrastination may have been the fact that Pokemon GO also reached 25 million downloads in just 11 days with mixed results. Nintendo shares more than doubled in price after the release of Pokemon GO, achieving a six-year high. The stock then retreated from that high soon after the firm reported Pokemon GO would have little impact on profit.

When deciding to expand into mobile, late president Satoru Iwata criticized titles that charged for rare in-game features which he said generated huge profit but also promoted addiction. He favored profit via low prices and a large user base. Some analysts have commented that the pricing may have been a ploy intended to maintain more interest in NTDOY gaming console business.

The digital gaming industry has become extremely lucrative. There is a possibility that this share price drop of NTDOY may be a buying opportunity in disguise. We will continue to monitor the reaction to the NTDOY stock price throughout the holiday season.

Finish 2016 Strong: Finding Prime Entries and Exits
Follow along with professional forex trader and analyst Josh Martinez as he shows you how to find prime entries and exits to close out 2016 that you may utilize in your own portfolio for potential gains.
Register for free here

The dollar index .DXY was marginally lower on Friday but was still close to a 14-year peak of 103.65 earlier this week. It is currently recording a level of 102.98  or -0.11%. While the dollar rally has lost some steam, the euro held steady in the wake of plans to rescue Monte dei Paschi di Siena, Italy's second-biggest bank. The single currency European euro (EUR) hit a one-week high against the dollar, rebounding from a nearly 14-year low of US $1.0350 vs 1 EUR set on Tuesday. It was last up 0.1 percent at US $1.0429.